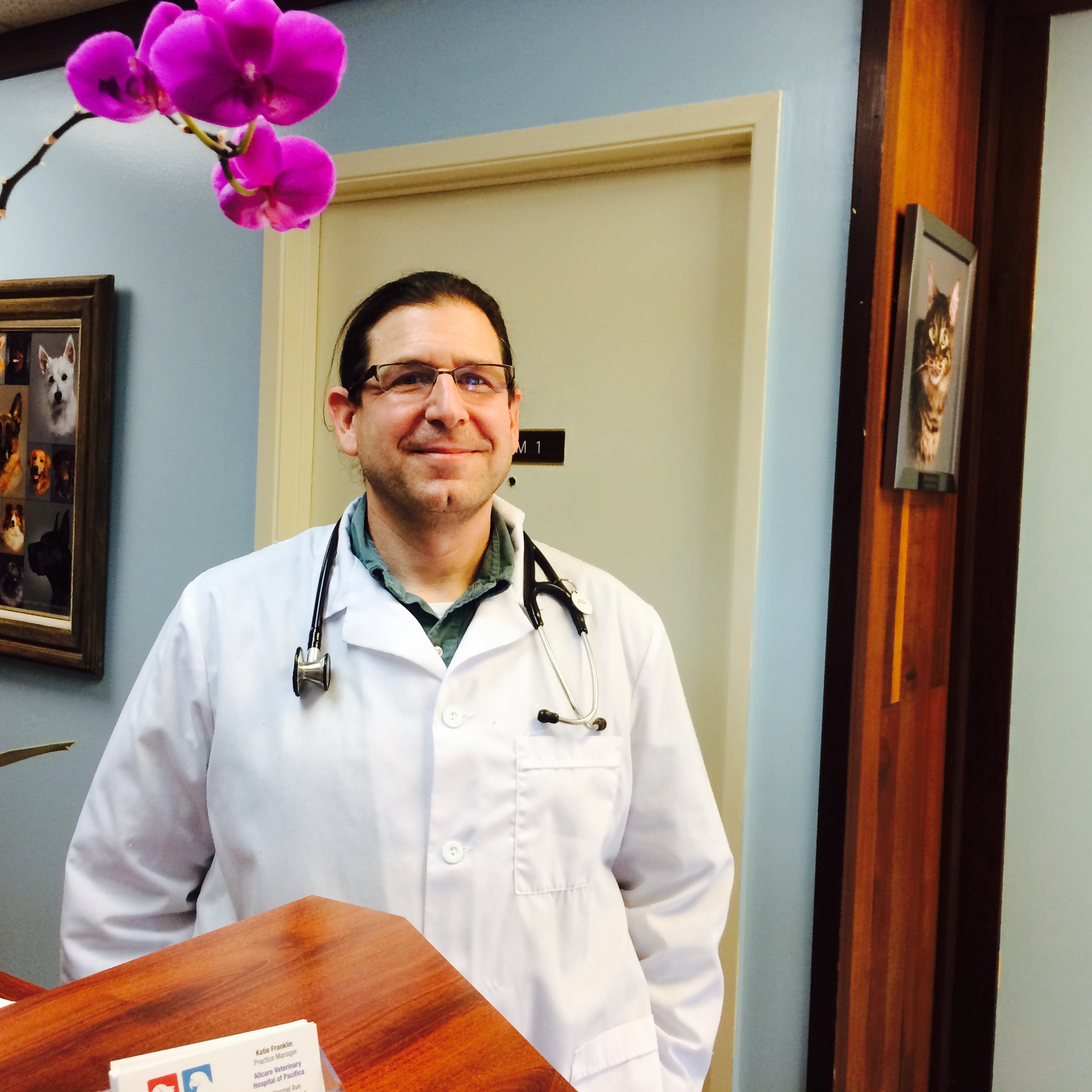 Dr. Grossbard completed his undergraduate degree at the University of Arizona in Tucson, before being accepted to the Colorado State University’s College of Veterinary Medicine. Upon graduation in 1997, he spent a year practicing at a large group veterinary clinic in the northwest Phoenix, AZ area, and later joined another small practice in Phoenix that he managed for two years.

In  2000, Dr. Grossbard opened a new practice in Gold Canyon, AZ and was its Medical Director. In 2009, he sold the practice to his partner in order to pursue other opportunities. His next position was staff Veterinarian for the Arizona Animal Welfare league — Arizona’s largest no-kill shelter.

The Bay Area had long appealed to Dr. Grossbard as a place to live and practice. In 2011, he made the move to California to work as the primary Veterinarian of Allcare Veterinary Hospital in Pacifica. In March of 2014, Dr. Grossbard took ownership of Allcare and became Medical Director. Here, he looks forward to meeting and serving you and your pets!